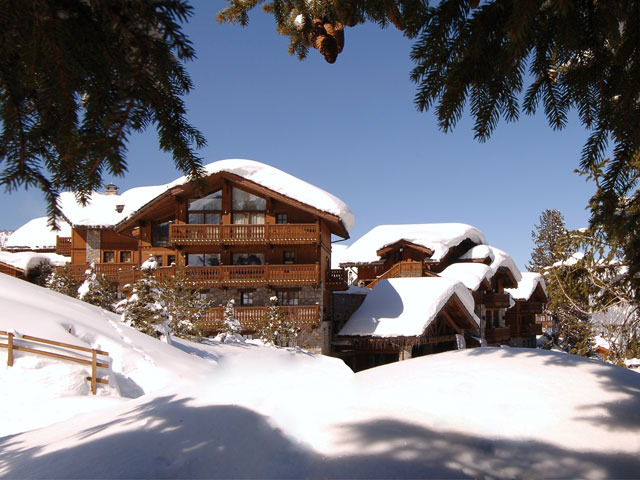 Open: December - April... The Kilimandjaro is a luxury hotel offering 11 chalets built in pure Savoyard style, nestling in the heart of the 3 Valleys - a little corner at the peak of paradise. The Hotel is located at 1850 metres at the foot of the Pralongs ski runs, the most prestigious area in Courchevel. 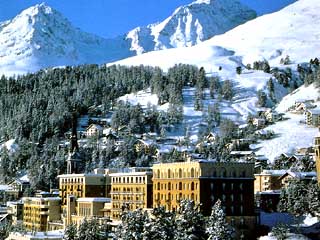 Open: end of June - mid of September & December - beginning of April... The Kulm Hotel has been welcoming guests since 1856. Here in the first Hotel to be opened in St. Moritz, the world-famous summer and winter Resort, hospitality of the highest standard awaits you. 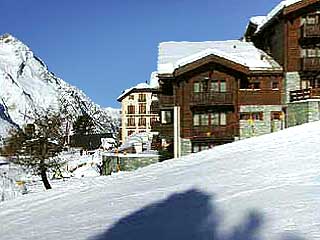 Open: Year Round...The Riffelalp Resort 2222 lies 2222 meters ( 7290 ft.) above sea level on the southern edge of a plateau, at the heart of the Gornergrat skiing / hiking district. Bordering a stone pine forest, the location offers a unique Alpine panorama ( directly facing the Matterhorn ), while benefiting from the favorable micro-climatic conditions of the plateau. 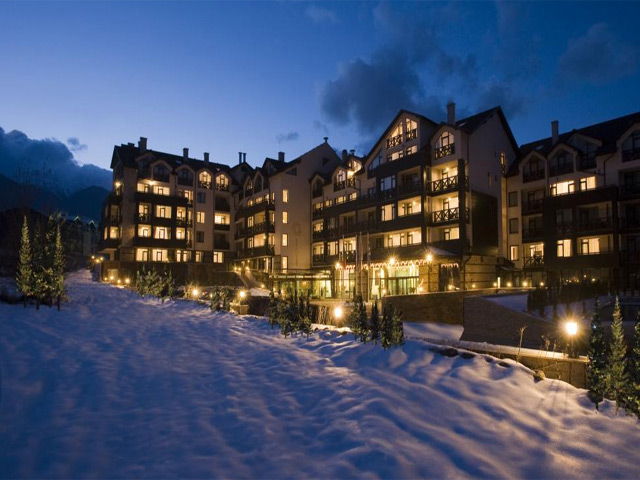 Open All Year... Premier Luxury Mountain Resort... for those of you that want to enjoy the majestic views of the snowy mountains in the winter and spring, but also the sunny and mild weather conditions during the summer season. 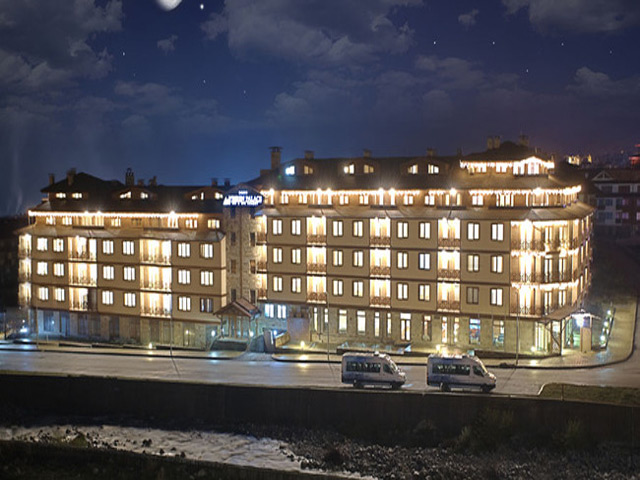 Open: Year Round...Beneath the snowy hills of the Pirin Mountain, at only 80 m away from the main ski lift Gondola, and at just 4 minutes walk from the old town center is situated the luxurious 4-star hotel Vihren Palace Ski & Spa Resort – Bansko. 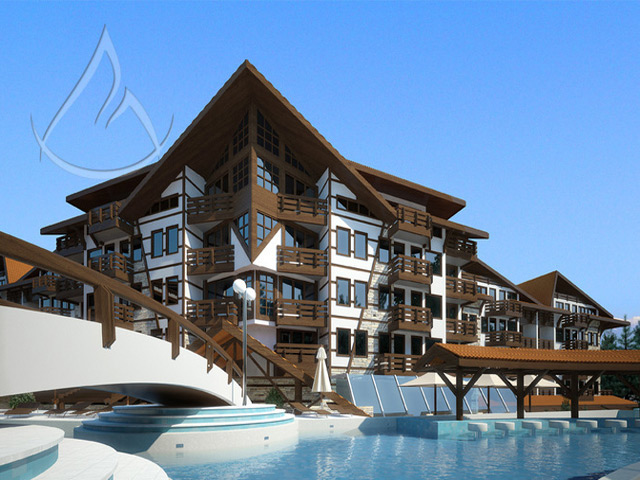 Open: December to 31 of March...Belvedere Holiday Club is a sumptuous gated complex of super luxurious apartments and chalets, providing a complete range of top class leisure facilities and beautifully situated in the heart of Bansko. 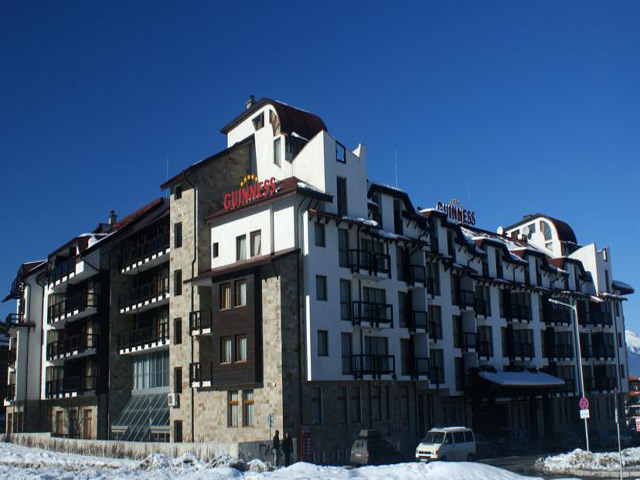 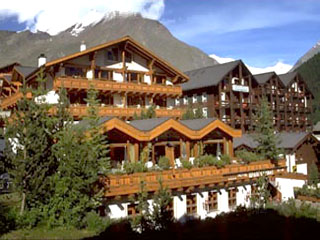 Open: all year... The Hotel Ferienart Wallisehof is located in the centre of the glacier village of Saas-Fee, the only traffic-free resort you can get to by car. 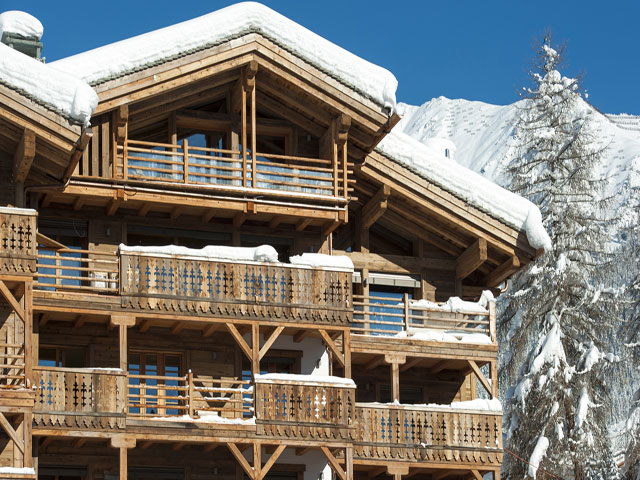 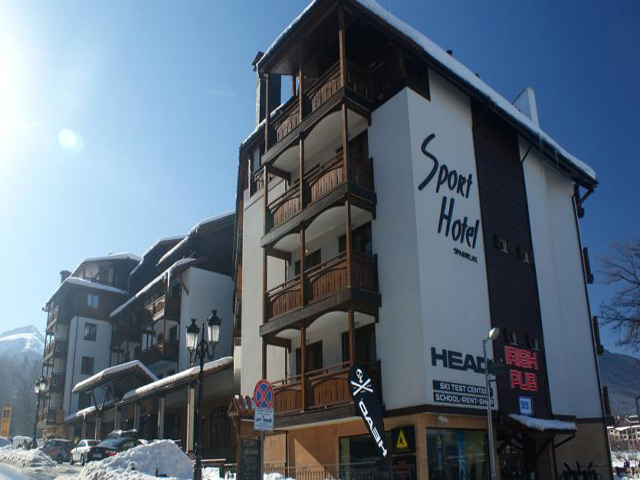 Open : Year Round...Sport Hotel is located opposite a gondola lift station in Bansko, boasting luxuriously equipped apartments with views of the Pirin Mountains. Facilities include an elegant restaurant and a spa. 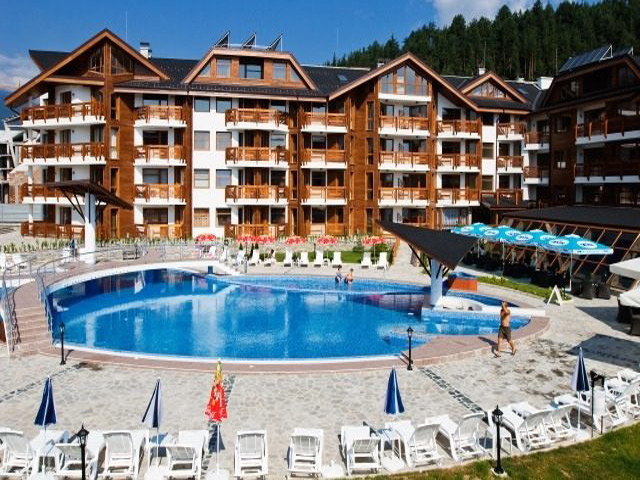 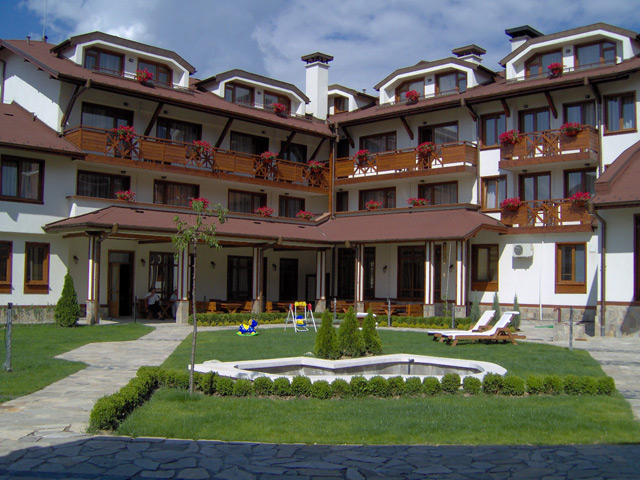 Open: December 23 to February 23...Hotel Estate „Evelina Palace“ is situated in one of the most charming places in Bansko. 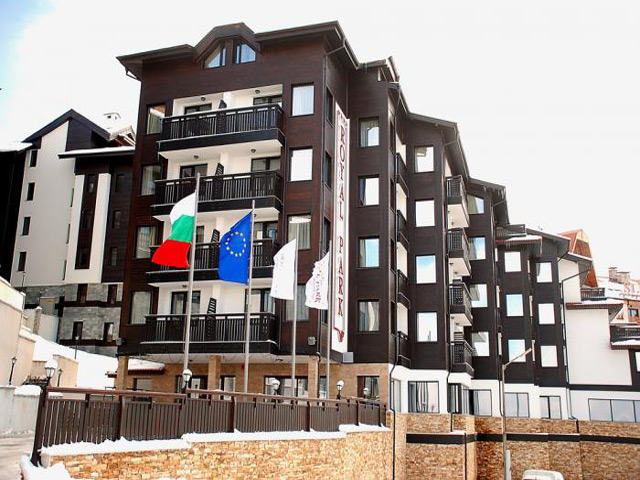 Open : December 20 to March 30....The Royal Park Resort & Spa Bansko occupies a superb location only minutes from the main gondola and main ski run. It is surrounded by the spectacular Pirin Mountains. 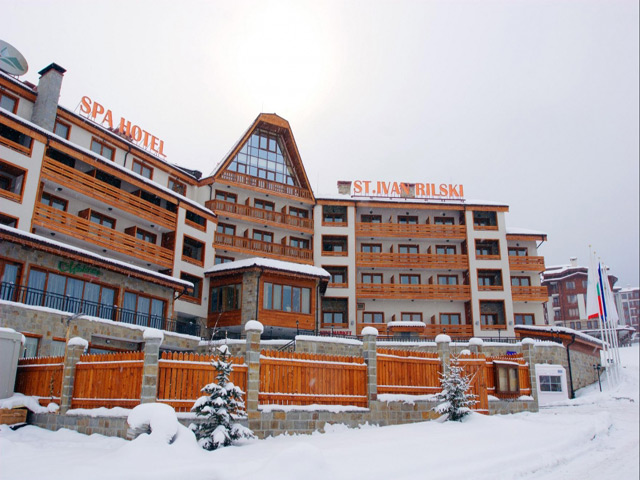 Open: December 28 to March 31...The 4-star St. Ivan Rilski hotel stretches over an area of 13,000 m² and it offers multiple additional services on site, such as a medical centre and a kindergarten. 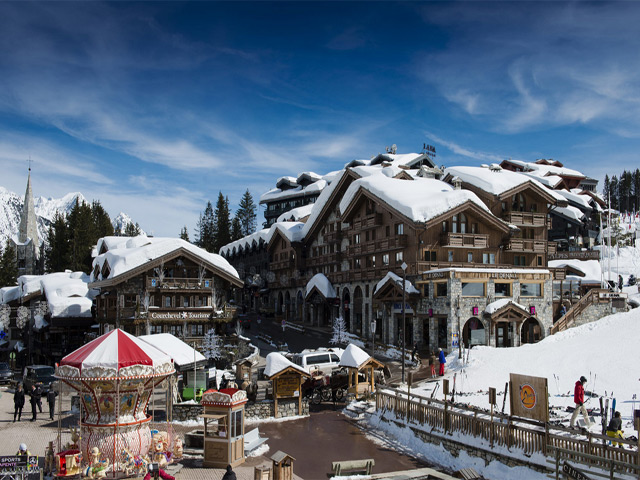 Open : December 11 to April...L’Apogée Courchevel is located on the very top of the former Olympic ski jump, presenting guests with a clear view all the way down the valley. 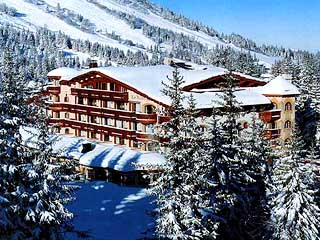 Open: Mid December to mid April... The Hotel De Charme Les Airelles is located in the heart of the " Jardin Alpin " in Courchevel 1850. With 500 kilometers of Slopes, Courchevel belongs to the largest and most popular Ski Terrain in Europe. It offers ski in and ski out capability, since it is located on a slope. 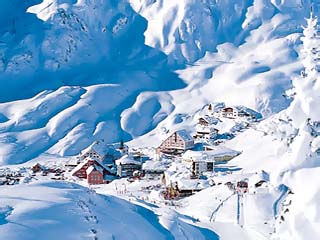 Open: December 03 - May 02... The 5-star Arlberg Hospiz hotel in Western Austria is one hour from Innsbruck and two hours from Zurich. 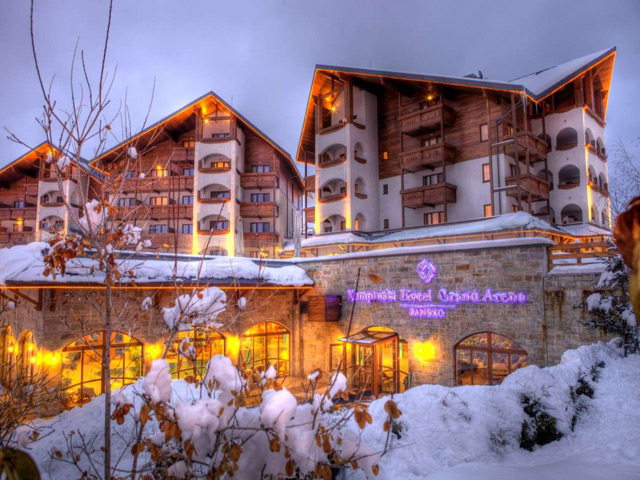 Open All Year... Whether visiting Bansko for business or leisure purposes, the Kempinski Hotel Grand Arena is the ideal base from which to work or explore all that the town has to offer.

Open Year Round.... The Astera Bansko Hotel complex is situated at the foot of the beautiful Pirin Mountains, only 200 m away from the first Bansko ski lift station. The complex is designed in typical Bansko style and it offers spacious, single, fully furnished double rooms and apartments with a wonderful view to the mountain. 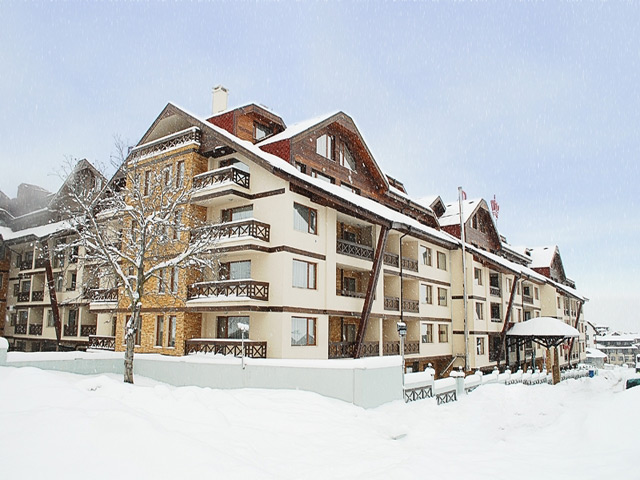 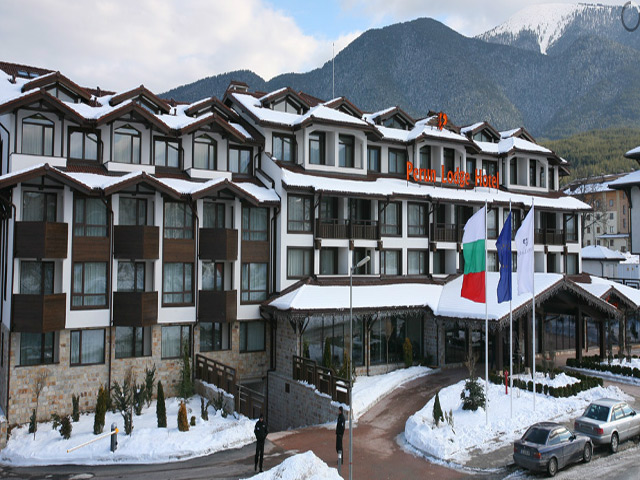 Open: Year Round...The Perun Lodge is a new apartment hotel, only 3 minutes' walk from the gondola lift, in the most attractive part of the Bulgarian ski and golf resort of Bansko. 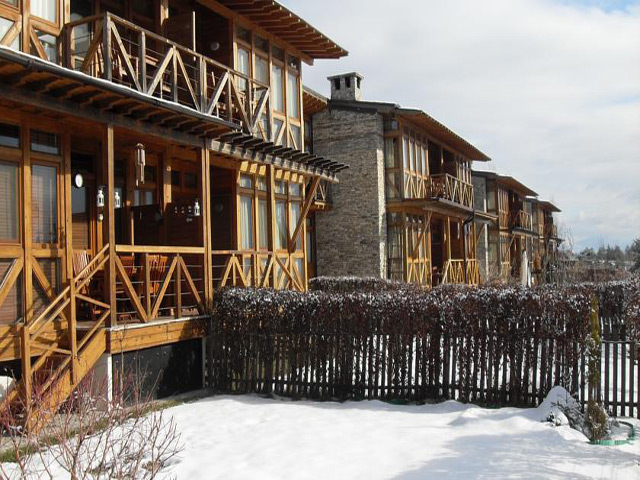 Open : Year Round.... Surrounded by forests, Vihren Villas in the Katarino Complex is 15 km from the Bansko Ski Resort. It offers rustic-style apartments with satellite TV and free access to spa facilities. 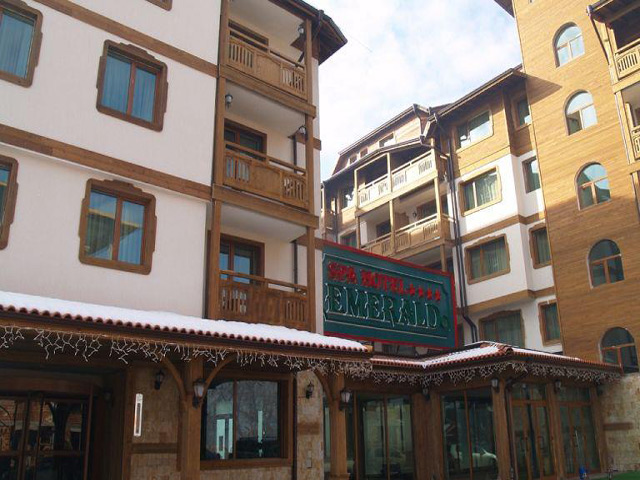 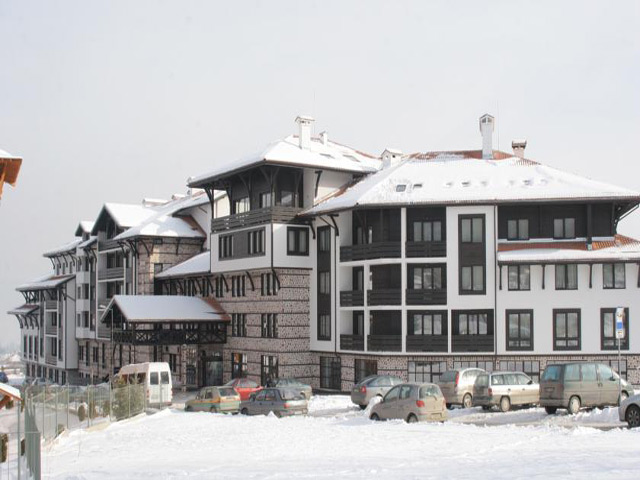 Open : December to March 31....Four-star Hotel Lion Bansko in one of the most beautiful and peaceful spots of the country–Bansko resort - the newest and most modern ski resort in Bulgaria. 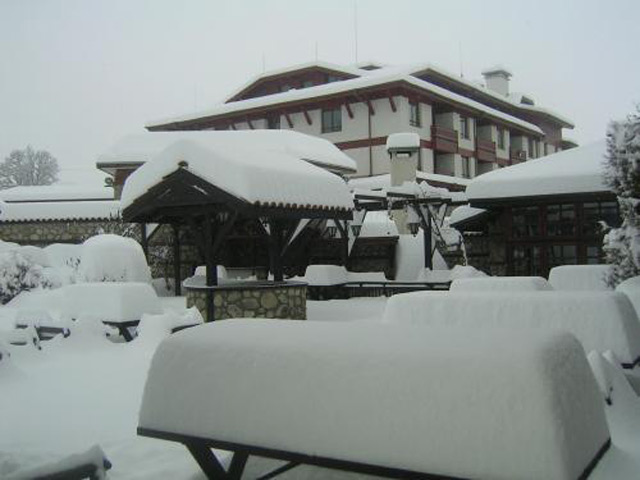 Open : December to March 31...The Tanne resort complex is a 4-star Bulgarian-German hotel de luxe, that works throughout the whole year. 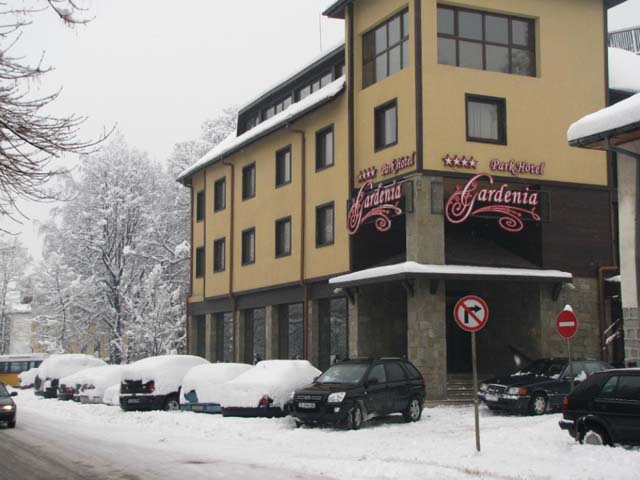 Open: All Year...Park Hotel Gardenia has opened since the year of 2006. The best Russian and Bulgarian architects have created the project with its exceptional design and style. 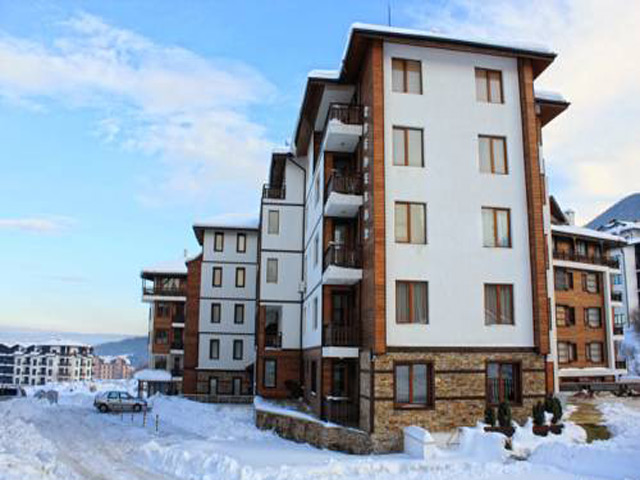 Open: Year Round...Nestled beneath snow-capped Pirin mountain peaks, just steps away from the world-class ski slopes and the main ski lift, the four star Mountain Dream Hotel & Complex prides itself on a location unlike any other in Bansko. 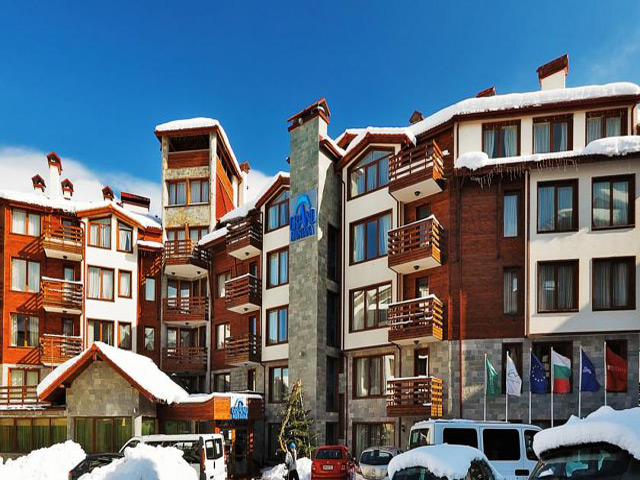 Open December 1st to April 15.....Grand Montana is located in the most prestigious area of the premier Bulgarian ski resort Bansko. 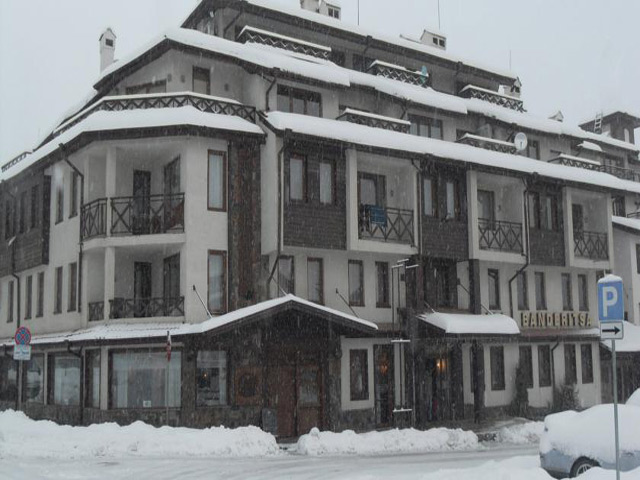 Open: December 28 to April 13...The holiday complex Banderitsa is comfortably located in the center of the little town of Bansko, just a few minutes’ walk from the lift that reveals an unforgettable view over the Pirin mountain peaks.