The Finest Hotels of the World 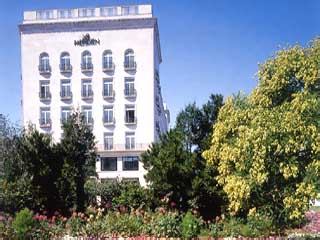 Le Meridien Budapest is one of the newest five star Hotels of the capital. Thanks to its classical elegance, its highest quality services and amenities, Le Meridien Budapest has been elected a member of the Leading Hotels of the World, received the Connoisseurs’ Choice 2002 and 2003 designated by Resorts & Great Hotels, and for the first time in Hungary has been honoured by the American Academy of Hospitality Sciences with its most prestigious symbol of excellence, the International Five Star Diamond Award. This truly stylish European Hotel has already created standards in the Hungarian capital through its location, style, facilities and personalized services.

Formerly known as Adria Palace built between 1914 and 1918 to host the Italian Adria Insurance Company, this pre-modern office and Apartment Building was designed in 1913. Due to its fine elegance, classical nobility and ideal location, this stone covered building not only represented an outstanding architectural quality, but has also been declared a historic monument. Some of the architectural characteristics are wrought iron grilled Balconies in front of the first Floor, and arched Windows with French Balconies on the upper Floors. The smoothness of the stone covered facade is contrasted with the perle-form ornament of the window frames and the sculptured cylindrical form on the corner sides of the Building. The Adria Palace was badly damaged by a bomb during World War II and was partly burned down. Reconstruction took place between 1949-50. The Apartments and the Shops came to an end when the headquarter of the Budapest Police moved in and stayed in the Building until 1997. Various proposals were then made to upgrade the Building to become either a Luxurious Hotel, Deluxe Apartment or a Shopping Center, within the original structure that was not authorized to be transformed. In 1998 the 2080 m² built in surface was bought by the Duna Plaza group to become Le Meridien Budapest 5 Star Hotel opened in October 2000. 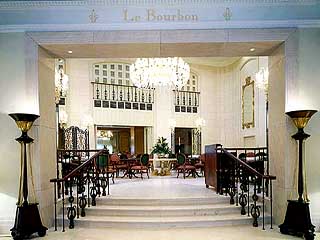 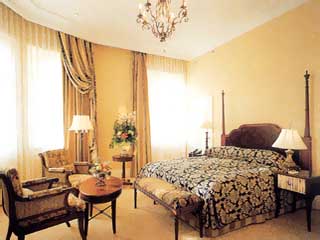 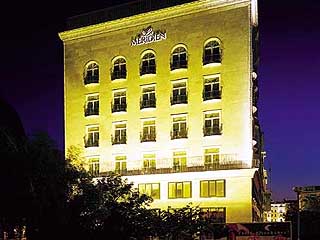 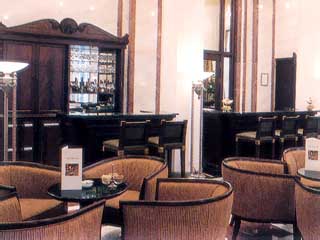 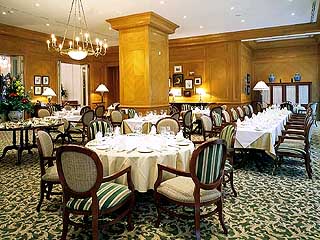 Le Meridien Budapest is a real jewel ideally located in the historic downtown, in the cultural, shopping and Business Centre. Only 30 minutes drive from Budapest`s International Airport, and within walking distance from the Danube, the Opera House, Academy of Music, theatres, museums, spas and most of the main sights of the city.

The Hotel is entered from Erzsebet Square and the new Entrance Hall immediately summons up the design philosophy applied to the interior throughout. An intimate, almost domestic scale, a traditional image reflecting the architecture of the building, fine finishes, period furniture, artwork reflecting Hungary's rich artistic traditions.

Le Meridien Budapest consists of 218 spacious Rooms, including 26 Suites decorated in Art deco style with large Windows and high Ceiling, overlooking either the Erzsιbet square or the quite Deak Ferenc pedestrian street. They are well appointed with modern conveniences that one can expect from a Luxury Hotel.

There are two categories of Rooms, the Superior Rooms which are 25 - 30 m² and the Deluxe Rooms which are 32 - 39 m². The decoration and facilities are the same in every Room, the main difference is in the size of the Rooms.The Hotel has 4 categories of Suites, Junior- Corner Room, Business, Executive and Diplomatic Suites.

The Entrance Hall opens into a stunning stained-glass dome with Le Bourdon Restaurant and Atrium Cafe offering a warm, elegant atmosphere under the guidance of French executive chef Laurent Vandenameele and Alain Lagrange, pastry chef. Le Bourbon Restaurant, with a terrace during summer period, represents some of the best culinary highlights of the city with its French touch. The cosy Adria Palace Bar occupying the original entrance hall of the building has been fully restored with huge Doric columns, marble floor and inlaid marble-clad walls. The Bar awaits its guests with excellent live music with a singer and pianist.