Weather in the area

The Finest Hotels of the World 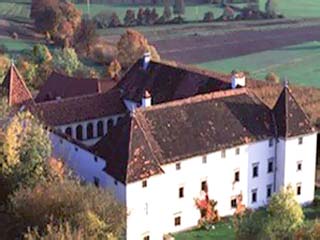 The main dream of contemporary society is the obliteration of time. This we cannot achieve for you, but what we can do is to provide a framework where you return to be the measure of all things. Here you will learn again the art of idleness: quiteness lies in contrasts, get out of familiar surroundings and dive into …

Having arisen to new splendour after the recent restoration, Stubenberg Castle welcomes you to the beautiful hilly countryside of eastern Styria. Within its walls a tavern, a concert hall and accommodation for its guests, and Lake Stubenberg nearby. The complex, dating back to the 13th century, was built on the foundations of the old fortress farm. In the 16th century it was expanded into a castle and named after one of Styria's oldest and most important aristocratic families, the Lords of Stubenberg. It was not by chance that until the 17th century, this family had brought forth five Styrian governors and that, in case of threat from the East, the Lord of Stubenberg had to raise more horses and riflemen than the Archbishop of Salzburg. In the 16th century the counts of Stubenberg embraced the protestant doctrine, and Georg Sigmund left for Bavaria, taking the bulk of the family fortune with him. As a consequence the influence of the Stubenberg family started to fade, and Stubenberg fortress passed into the hands of the Drachsler family, who have gone down in local history for building the renaissance castle with its beautiful courtyard enclosed by arcades (1581). From 1632 onwards, the castle belonged to the Herberstein family. In the 19th century it was bought by the counts Wurmbrand. From 1925 till 1979 Stubenberg Castle hosted Franciscan nuns and the monastery of St. Josef. In 1980 it was purchased by a private owner and since 1981 its romantic arcaded courtyard and the great hall have been available for cultural events. In 2001 a Hotel has been added inside the castle. 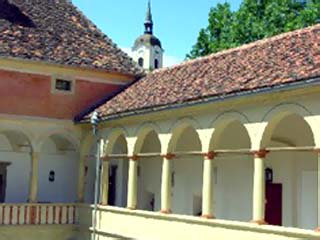 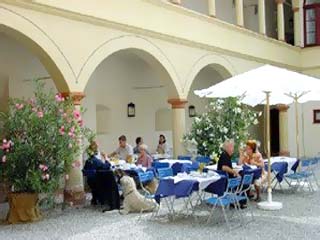 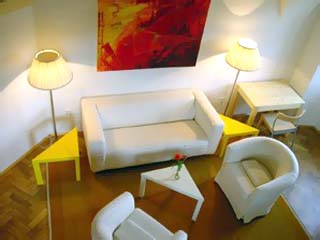 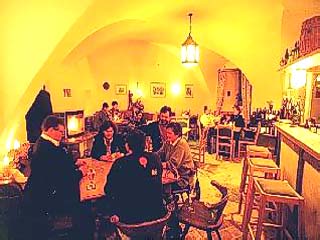 In our modern, frantic society we are all the more seeking opportunities for rest and relax. We look for oases where to find a moment’s pause from our increasingly hectic daily life. Simplicity leads to ease. At the beginning of the 20th century Mies van der Rohe, a Dutch architect, coined the expression: „less is more“. One century earlier Corbusier, one of the most famous architects of the 19th century, had calculated the ideal measure for man, the modulor, as being 2,26 m. Rooms, clear and simple, celebrate the triumph of the human being. In an environment where attention is devoted to essentials the feeling of inner freedom may grow and lead to joy and ease, precious goods in our hectic lives. The Hotel at Stubenberg Castle provides an oasis for rest.

In the cosiness of our tavern we will cater to your appetite. Enjoy: